Video game programming requires extensive use of mathematics and physics. Some typical examples are the following: controlling the motion of objects in space, drawing geometric shapes on the scene, computing the effects after a collision of objects in accordance with Newton’s laws of classical mechanics, etc.
Geometry plays a fundamental role. The classic geometric shapes (circles, squares, polygons, cubes, spheres,…) are used frequently. The description of the scene is simply a set of triangles and colors. Even the most complicated objects like curved surfaces, NURBS and others, are actually generated and approximated with a set of triangles. The basic geometric shapes can be manipulated on the scene through operations of translation, rotation and change of scale, obtaining an infinite variety of geometric and spatial configurations.
Vector calculus is one of the most frequently used branches of mathematics, in particular to simulate the movement of rigid bodies in space, according to the laws of mechanics.

Contents hide
1) Definition of vector
2) Vector Algebra
2.1) Sum and difference of vectors
2.2) Multiplication of a vector by a real number (scalar)
2.3) The scalar product of two vectors
2.4) The vector product of two vectors
3) Vectors in Unity 3D and the Transform component
4) Examples of vector applications in Unity
Example 4.1 – Motion of an object
Example 4.2 – Compute the position of an object that moves at a constant speed
Example 4.3 – Determine the rotation angle to track another object
Example 4.4 – Check if an object is in front of or behind another
Example 4.5 – Circular motion
Example 4.6 – Objective tracking (steering algorithm)
Conclusion
Bibliography

A vector in the plane (2D) or in the space (3D) is an oriented segment that links a point (called origin or starting point) with another point (called terminal point). A vector from a point \(P\) to a point \(Q\) is represented with the symbol \( \overrightarrow{PQ}\).
A vector has 3 fundamental properties:

We can also define the null vector, which is reduced to a point and is represented with the symbol \(\textbf{0}\).
Vectors are used in physics to represent the position of a body in the plane or space, speed, acceleration, applied force, etc.
By introducing a Cartesian reference system, a vector can be represented by the coordinates of its terminal point, assuming that the initial point is at the origin of the reference system.

Two vectors coincide if they have the same magnitude, direction and sense; to check if two vectors are equal, simply move one parallel to itself so that the starting points coincide and check if the end points of the two vectors also coincide.
The size of a vector \( \overrightarrow{PQ}\), indicated with the symbol \({\left \| {PQ}\right \|}\) can be computed using the Pythagorean Theorem:

2.1) Sum and difference of vectors

Another way to compute the sum vector is to carry out the algebraic sum of the respective Cartesian coordinates of the two vectors. To perform the subtraction of two vectors, it is sufficient to first invert the second vector (changing the sign of the coordinates) and then make the sum with the first.

2.2) Multiplication of a vector by a real number (scalar)

The multiplication of a vector by a scalar consists in multiplying each of the components for the scalar. In geometric terms it is equivalent to an expansion or contraction of the vector.

2.3) The scalar product of two vectors

The scalar product of two vectors \( \mathbf{u},\mathbf{v}\) in two dimensions (2D space) is the real number

It can be shown that an equivalent definition of a scalar product is the following:

where \( \alpha \) is the angle between the two vectors.
Putting together the two definitions, we obtain the following formula:

2.4) The vector product of two vectors

The vector product of two vectors \( \mathbf{u, v}\) is a new vector so defined:

For a more in-depth study of vector algebra and game programming see for example [1] or [2].

3) Vectors in Unity 3D and the Transform component

Every object (GameObject) in Unity has a Transform component, which stores and manipulates information about position, rotation, and scale factor.

For an in-depth study of the Unity development environment, see for example the Unity tutorials.

4) Examples of vector applications in Unity

This instruction instantly moves the object to its new position.
To move an object along a direction, with a continuous change of coordinates, you can also use the translate method:

The parameters that are passed in this function correspond to the change of coordinates on the 3 axes. The transform.Translate function does not use the physical engine and therefore does not handle collisions. To obtain movement in the presence of obstacles, walls and collisions it is necessary to use the Collider component and the Rigidbody component, which allow to simulate the behaviour according to the laws of physics.
To move an object in the direction of another object, you need to make a rotation:

Example 4.2 – Compute the position of an object that moves at a constant speed

As it is known, the scene of each game is displayed through a sequence of discrete frames, one after the other, at a suitable frequency (e.g. 30 frames per second). The status of the various objects on the scene is continuously updated through the game loop.
The preparation of each frame involves the execution of the Update function present in the scripts attached to the various objects. If the position coordinates of an object are changed, we’ll have the illusion of the movement of the object itself. The Time.deltaTime parameter contains the information on the time elapsed between one frame and another.

Example 4.3 – Determine the rotation angle to track another object

where \( \arccos() \) is the inverse of the cosine function.

Example 4.4 – Check if an object is in front of or behind another

Remember that in Unity we have two different coordinate systems:

To switch from one system to another, Unity provides the following methods (see Transform):

In a similar way you can check if an object is above or below you.

To manage the circular motion of an object around another object (for example the Earth around the Sun), the following instructions can be used:

In games where he has to chase a target, the player has at his disposal a control device that adjusts his speed at each frame, in order to reach the target position. The applied correction force allows the character to continuously change its old direction and point to the direction of the target. Graphically the situation can be represented as follows:

where point (D) represents the object to be pursued (target) and:

In each frame the computed corrective force is added to the speed of the chasing character, allowing a continuous adjustment of the path towards the goal. The strength of the force is divided by the mass, so that different motions will result depending on the mass of the character.
A very simplified scheme to adjust the speed direction, starting from the current position of a given target, is the following:

Obviously a real implementation of the algorithm must handle many complex situations, such as the variable movement of the target, the presence of obstacles, the possibility of collisions with other objects, the behavior to follow when the distance with the target is below a given threshold, etc.

Mathematics is the fundamental tool for the development of video games. In addition to vector calculus, many other areas of mathematics have an indispensable role (geometry, trigonometry, differential equations, probability calculus,…). In the most interesting games the characters are immersed in a scene that tries to simulate the real world. To make the behaviour of characters of the game realistic, it is necessary to simulate the laws of physics and thus to solve complex mathematical equations. The computing of the trajectory of an aircraft, the driving of a car at high speed, the descent along a snow track, the jump of an obstacle, would not be possible without the aid of mathematical tools. 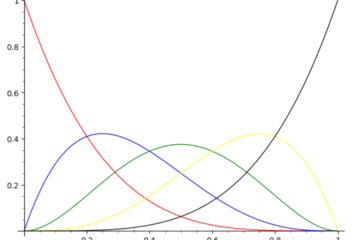 Splines and Bézier Curves and their application in Video Games

The geometry of curves and surfaces is of fundamental importance in computer graphics and in video game programming. In this article we will describe the mathematics of interpolation curves, in particular splines and Bézier curves, Read more… 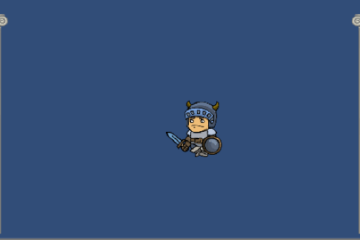 Animation has an essential role in video games. Most video games try to simulate real world physics; in order to achieve this objective it is essential to be able to represent, in the most realistic Read more… 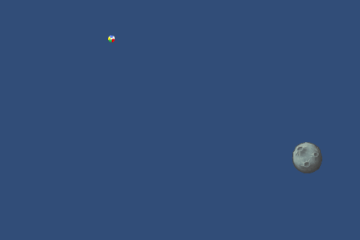 Motion in a Plane and Unity’s 2D Physics Engine