Grouping with Parentheses and Catalan Numbers

Making the difference we get the desired result:

The numbers \( C_{n} \) are called Catalan numbers, in honor of the Belgian mathematician Catalan (1814–1894), and occur in many discrete mathematical problems.
Some books change the initial conditions and the Catalan number of order \( n\) is indicated with the value \( \displaystyle \frac{\binom{2n}{n}}{n+1} \), which corresponds to our \( C_{n+1} \).
For a discussion of these problems, see for example Feller[1] or Knuth[2].

We solve this second degree equation in the variable \( F(x) \), treating \(x\) as a constant. Taking into account the initial conditions of the problem, one of the two solutions is discarded and the other is accepted:

At this point we find the Taylor series of this function, using use the general binomial theorem of Newton, valid for \( |x| < 1 \) and for every real number \( \alpha \):

Making the computations we finally find the solution:

[1]William Feller – An introduction to Probability Theory and its applications, Vol. I (Wiley) 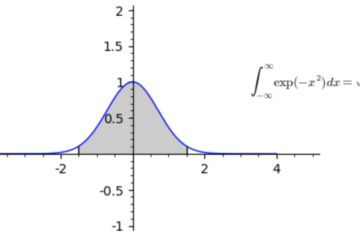 In this article we will study some properties of Lambert series. Then, using Lambert series relative to the representation of integers as sum of two squares, we will compute the value of Gauss’s classical probability integral. Read more… 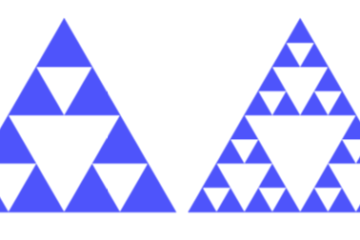 In a previous article we have introduced some examples of fractals, illustrating their main characteristics, both qualitative and quantitative: self-similarity, geometric irregularity, fractional dimension. To continue the study of fractal science, it’s first necessary to Read more…

This website uses cookies to improve your experience while you navigate through the website. Out of these cookies, the cookies that are categorized as necessary are stored on your browser as they are essential for the working of basic functionalities of the website. Additional non-necessary cookies will be stored in your browser only if you use our services. We don't use third party cookies.
Necessary Always Enabled

Advertisement cookies are used to provide visitors with relevant ads and marketing campaigns. These cookies track visitors across websites and collect information to provide customized ads.

Analytical cookies are used to understand how visitors interact with the website. These cookies help provide information on metrics the number of visitors, bounce rate, traffic source, etc.

Any cookies that may not be particularly necessary for the website to function and are used specifically to collect user personal data via analytics, ads or other embedded contents are termed as non-necessary cookies. It is mandatory to procure user consent prior to running these cookies on your website.

Other uncategorized cookies are those that are being analyzed and have not been classified into a category as yet.

Performance cookies are used to understand and analyze the key performance indexes of the website which helps in delivering a better user experience for the visitors.